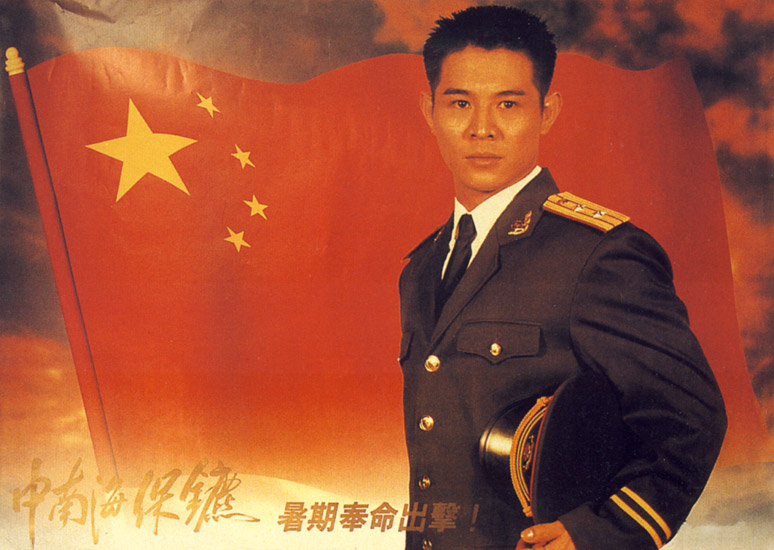 The Bodyguard from Beijing (released in the United States as The Defender and United Kingdom as Jet Li’s The Defender) is a 1994 Hong Kong action film directed by Corey Yuen, and starring Jet Li, who also produced. The film co-stars Christy Chung, Kent Cheng and Sing Ngai. The film was released theatrically in Hong Kong on 28 July 1994.

The film protagonizes Allan, a professional bodyguard based in Beijing whose tactical and martial skills and quick thinking are well shown as having protected several statesmen from assassination. He is hired by James, a wealthy Hong Kong businessman, to protect his beautiful girlfriend Michelle Leung, who is the only surviving witness to a murder, after all the others had been eliminated in various ways. Allan arrives at the girl’s home in Hong Kong to meet with two somewhat incompetent plainclothes police officers – Fat Po and Ken – in charge of her safety. Soon after meeting Miss Leung, he proves the entire contingent of current bodyguards incapable in his fight with them during what he thought was an assassination attempt, and they are all fired. He also disarms both policemen.

The bodyguard inspects the entire home and vehicles for bugs, bombs and layout, and installs security cameras covering various areas, including Michelle’s bedroom, which he can monitor through a personal device. She is unhappy about this and, after attempting unsuccessfully to order him out, manages to knock down the camera with a frying pan. He also gives her a panic button.

During a road trip, hitmen attempt to assassinate her but fail due to Allan’s strategy of having a decoy VIP car driven by Fat Po and the girl riding with him in the trailing van.

Michelle tries getting away from her bodyguard by complaining to her boyfriend and by sneaking away during the night with the younger officer, Ken, in a car. Allan reassures James and nonchalantly makes himself visible in the car’s headlights as the escapees start it; Michelle has a fit as she goes back into the house.

Michelle eventually goes to the shopping mall accompanied only by the two cops. The mall, however, is staked out by operatives. One is about to murder her by firing his suppressed weapon through a stall partition, but is shot first by Allan, who had followed them and was in the stall beyond hers. This initiates a gunfight through the mall; Allan takes out multiple hitmen while shielding the girl. Eventually he realizes all the hitmen have two pens in their front pocket as identification, and poses as one to take more out. During their escape Fat Po is wounded.

One of the assassins who posed as a police officer and killed by Allan during the shoot-out is the younger brother of Killer Wong, a former Chinese soldier who fought together with his brother. Wong swears vengeance on Allan.

In the meantime, Michelle shows her attraction, which understandably had been growing since the beginning, to Allan after using her transmitter to make him storm the bedroom and “protect” her. He leaves to continue his duties, leaving her panting behind the door.

Things come to a climax when the transmitter sounds again, this time in earnest. Wong and a group of assassins storm the penthouse and start a gunfight. Both policemen and Allan rush to protect her; Ken, the younger cop, was killed by Wong himself. Allan uses his firearm and martial skills and, after darkening the room, cunningly takes out all the assailants until only Wong is left. He and Wong have a long fight, complicated by leaking gas which threatens to black both out. Eventually Wong recovers a pistol and takes the girl hostage. James arrives unawares, and attempts to dissuade Wong from shooting by offering to pay Wong, but Wong refuses. When an opportunity arrises as the assassin backs away, Allan shields Michelle with his body and takes two shots but manages to pull out a bayonet, with which he had been previously wounded, from his chest and throw it towards Wong’s neck, killing him.

Before the film ends, James drives Michelle to the border between Hong Kong and mainland China as she tries to see Allan a final time before he heads back to China but guards at the checkpoint deny them entry into the mainland. However, Allan leaves Michelle with the box that held the watch she had given to him as a present and he had tried to refuse. However, when she opens it, the box contains his own watch, while Fat Po receives Allan’s payment money to fund his son’s school tuition. Michelle cries out Allan’s name just as his car drives away from the border back into the mainland. 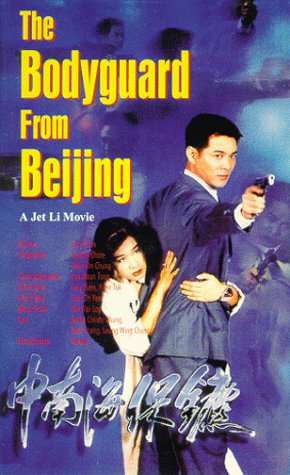