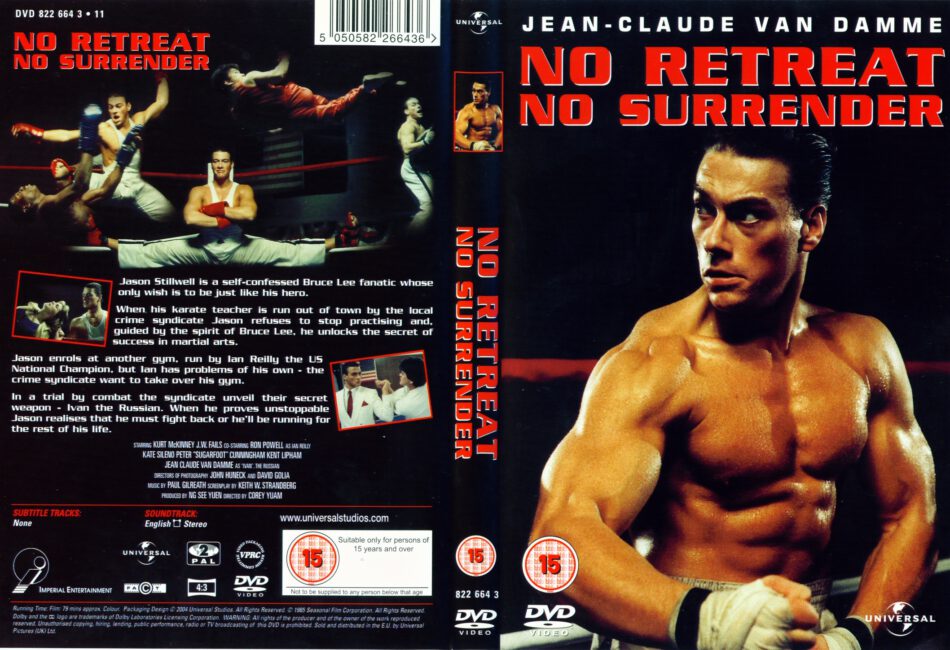 No Retreat, No Surrender (also known as Karate Tiger) is a 1986 martial arts film directed by Corey Yuen in his American directorial debut, starring Kurt McKinney and Jean-Claude Van Damme. The film was released in the United States on May 2, 1986. McKinney performs as Jason Stillwell, an American teenager who learns martial arts from the spirit of Bruce Lee. Stillwell uses these lessons to defend his martial arts dojo against Soviet martial artist Ivan Kraschinsky (Van Damme). It is the first film in the No Retreat, No Surrender franchise. 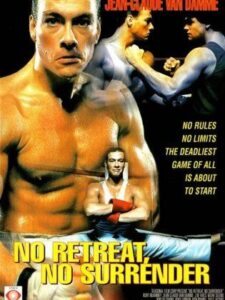 The film was written by Keith W. Strandberg after being contracted by Ng See-yuen, the owner of Seasonal Film Corporation, to write a script for them, despite having never written a script beforehand. Van Damme was cast in the film and caused problems on the set for continually physically contacting other actors and stuntmen during the fight scenes even after director Yuen told him not to. Upon release, the film received negative reviews, focusing on the story which many critics found too similar to the film The Karate Kid. 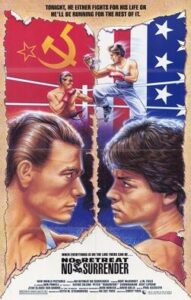