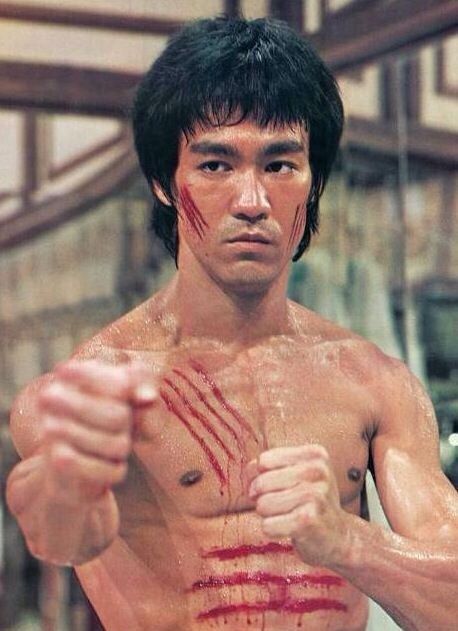 Bruce Lee, born Lee Jun-fan, was a Hong Kong and American martial artist, martial arts instructor, actor, director, screenwriter, producer, and philosopher. He was the founder of Jeet Kune Do, a hybrid martial arts philosophy drawing from different combat disciplines that is often credited with paving the way for modern mixed martial arts. 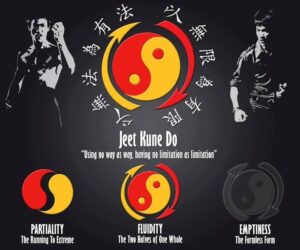 Bruce Lee was the son of Lee Hoi-chuen, a Cantonese opera star based in British Hong Kong. He was born in San Francisco in 1940 while his parents were visiting the city for his father’s tour abroad. The family returned to Hong Kong a few months later. He was introduced to the Hong Kong film industry as a child actor by his father. His early martial arts experience included Wing Chun (trained under Yip Man), tai chi, boxing, and street fighting (frequently participating in Hong Kong rooftop fights). In 1959, Lee moved to Seattle. In 1961, he enrolled in the University of Washington. It was during this time in the U.S. that he began teaching martial arts, later drawing significant attention at the 1964 Long Beach International Karate Championships in California. His students included famous celebrities such as Chuck Norris, Sharon Tate, and Kareem Abdul-Jabbar. In the 1970s, his Hong Kong and Hollywood-produced films elevated the Hong Kong martial arts films to a new level of popularity and acclaim, sparking a surge of Western interest in Chinese martial arts. The direction and tone of his films dramatically influenced and changed martial arts and martial arts films worldwide. 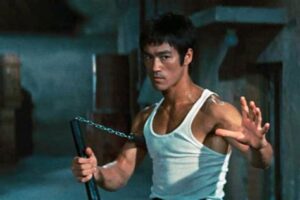 Lee died on July 20, 1973, at the age of 32. Since his death, Lee has continued to be a prominent influence on modern combat sports, including judo, karate, mixed martial arts, and boxing, as well as modern popular culture, including film, television, comics, animation and video games. Time named Lee one of the 100 most important people of the 20th century. 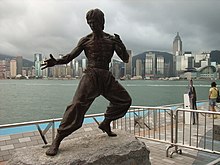